Last night (6/23/20), we received the heartbreaking news that the towing industry lost yet another operator due to a motorist failing to slow down and move over in Woodside, CA. Mr. Mark Alarcon, a beloved and well-known operator from Atlas Tow out of San Francisco, was assisting a motorist on the side of the freeway when another motorist failed to heed the Move Over Law and struck the tow truck, which in turn struck Mr. Alarcon and took his life. This is the eighth tow operator that has been killed in the line of duty just this year.

It is our mission to promote safety and motorist awareness regarding the law. We celebrate “Move Over Day” each October with tow truck processions and events across the state, but we need to do more. We ask that tonight, wherever you are, that you help us LIGHT UP THE SKY for Mark, and for all the tow operators we’ve lost to these senseless tragedies. Please get in your truck and turn on your lights at 9:00 pm tonight. If you have “Slow down, move over” signage, please display it proudly.

We appreciate your dedication to the towing industry. It is our sincere hope that increased awareness will result in a decreased loss of life. Thank you for serving your communities, and stay safe.

From the DMV announcement:

With authority granted under today’s executive order signed by Governor Gavin Newsom, the DMV is:

•    Waiving late fees and penalties for vehicle registration renewals due between March 16 and May 31, 2020, and paid within 60 days of the original expiration date. The requirement to have current license plate stickers is also waived for vehicles with registration expiring between March 4 and June 30, 2020.

“These measures can help lighten the burden many Californians are experiencing during this difficult time,” DMV Director Steve Gordon said.

The DMV continues to encourage customers to renew their vehicle registration and complete vehicle transfers online or by using the DMV Virtual Field Office. Customers can also get replacement registration cards and license plate stickers online or at the hundreds of DMV kiosks across the state. Replacement cards and stickers at the DMV kiosks cost $22 and print on the spot.

The DMV continues to provide essential services via mail, online, kiosks, call centers, available business partners and virtually to process critical transactions, including eligible driver license and vehicle registration renewals, during the COVID-19 pandemic. Customers can use the Service Advisor on the DMV website to learn their options to complete DMV tasks.

The relief measures are the latest DMV actions during the COVID-19 pandemic, including:

All scheduled CTTA/TROC Meetings will be through a registration process:

If you’re invited to an impromptu meeting that does not require registration (rare):

Can I Use Bluetooth Headset?

Yes, as long as the Bluetooth device is compatible with the computer or mobile device that you are using.

Do I have to have a webcam to join on Zoom?

While you are not required to have a webcam to join a Zoom Meeting or Webinar, you will not be able to transmit video of yourself. You will continue to be able to listen and speak during the meeting, share your screen, and view the webcam video of other participants.

refund of several months of insurance policy premiums due to the COVID-19 crisis. The CTTA recommends that you continue to pay your premiums and do not expect the refunds. If you do receive the refund, think of it as a bonus. Regardless of refund status, you should be prepared for an audit. We strongly suggest that you contact your insurance broker and stay in constant communication regarding the subject. Keep in mind that our industry has very few insurance carriers that are willing to work with us.

Stay proactive and check the California Department of Insurance’s website periodically for updates. You can find the Department’s bulletin HERE and a copy of my message HERE.

On behalf of the entire Board of Directors at the California Tow Truck Association, I want to thank you all for continuing your important work in the face of current uncertainty. Today, I’m reaching out to emphasize and reiterate the critical importance of PERSONAL SAFETY.

Since our last update, we’ve heard lots of stories in person and on social media that concern me. It’s understood that companies have set policies right now regarding passengers in the cab, etc., but there are further steps you need to take to protect yourself and the family you go home to. As CTTA has stood for the safety of CA operators for over 50 years, we urge you to practice caution when performing your work, use personal protective equipment (PPE), and review the guidelines below. While there is a serious shortage of PPE currently, there are ways to fashion protection for yourself:

CTTA strongly recommends following all governmental recommendations regarding hygiene and social distancing and the following:

Outside of protection for you and your family, your customers have a right to know what precautions you are taking to assure them you are doing your very best fight against this pandemic and keep them from getting sick. You can access more information about your classification here and at ctta.com/help, we’ve got some helpful links and financial information for owners, which you may find useful. As your acting CTTA President, I appreciate your time and attention to this manner and wish you & your family a safe and healthy month- take care.

The California Tow Truck Association has felt it necessary to provide you with a communication regarding the current and on-going Covid-19 virus pandemic.  On Thursday March 19, 2020, Governor Newsom ordered a state wide shelter in place directive effective March 20, 2020.  The executive order mandates that all citizens of the state of California remain at their homes until further notice.  There are 16 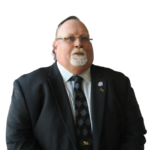 exemptions for those who are considered “Essential Critical Infrastructure Workers”.  As tow operators or road service responders you are considered an essential service under the “Transportation Systems” heading.  It is the wish of the state to have people continue to access their vehicles to carry out essential functions such as procuring food and caring for others.  You may be asked to modify your business practices in the future to accommodate the crisis.

It is our recommendation to follow all of the governmental recommendations regarding hygiene and social distancing.  In addition to these measures one should consider the following:

You can access more information about your classification at the following web site: http://covid19.ca.gov/img/Executive-Order-N-33-20.pdf

As usual you will be called upon to provide valuable and lifesaving services to the general motoring public.  Please do so safely.  As your the acting CTTA president I am proud our industry and those who own, operate and make it happen out on the road.

On the morning of 3/13, we sent out an announcement that CTTA Training Certification classes would continue as scheduled amid current virus concerns. We also mentioned that the situation is fluid and that we would update the Membership as appropriate. Here’s our first update:

After in-depth discussions between CTTA and the California Highway Patrol, along with review of new guidance issued by the state of California, we have decided to postpone three (3) scheduled CTTA training classes between now and April 15. The following scheduled Light Duty classes are affected: Fresno (3/21-22), Santa Rosa (3/28-29), and Azusa (3/28-29). In light of this, CTTA has confirmation from CHP that an extension of up to six (6) months will be offered on all currently valid certificates that are affected by this cancellation. The Association will, of course, continue its dialogue with CHP and address further extensions if needed. Our Members should know that the CTTA Board of Directors and Staff will be working diligently to schedule replacement classes as soon as possible.

CTTA Staff will be directly contacting affected enrollees in the Education Program beginning on Monday, 3/16. They will be taking either A) refund requests or B) postponement slots for when the classes are rescheduled. If you have any questions regarding this update, please send an email to ctta@ctta.com. Thank you.

As we enter a new decade, it’s worth remembering the keys to consuming journalism and social media in this new information age. Increasingly, misinformation is shared across the internet, which can lead to some unfortunate consequences. We’re not here to talk about politics, influencers, or deep-fakes, rather, we want to focus in on one thing: the reporting of tow operator deaths.

In the first 48 hours of 2020, our industry was hit with two losses of life. First, on New Year’s Eve, an operator was killed while working in Kentucky. After initial reports, the death was ruled accidental, as the truck he was hooking up allegedly rolled back on him. Absolutely tragic, but not an effect of failure to slow down/move over. Next, on New Year’s Day, an operator from O’Hare in Chicago was killed by a passing motorist while hooking up. Andrew Dove-Ferdere, 23, was standing outside his truck when he was hit by a sedan. This was the result of a motorist’s failure to slow down/move over. Finally, there were reports circulating in the afternoon of January 1st that an operator was killed in the line of duty in Truckee. After a few hours and many shares/likes/retweets later, it became clear that this was not the case and the death had nothing to do with the gentleman’s line of work.

Let us be clear: each of these deaths is absolutely tragic, senseless, and a massive loss for the respective communities. However, it is vital that we are accurate and specific when it comes to tow operator deaths. These three deaths were each very different: the first was an accident due to either equipment failure or operator error; this is not something we should be tagging with #SlowDown #MoveOver and *angry face*. If we do, it undercuts when a motorist actually fails to follow the law and ends someone’s life. The death in Chicago is a perfect example of when to shout about the Move Over Law from the rooftops. The other death in question from Truckee is an example of why we need to exercise patience, skepticism, and critical reading before sharing online.

It’s tempting to do a knee-jerk share when we see something online that stirs our emotions (we’ve all done it), but it’s important to read critically. Here are some tips on doing so:

These tow operator deaths are most certainly NOT how we wanted to start 2020, but we can be clear about what our industry wants and needs from lawmakers and the public: we just have to be CLEAR and ACCURATE when making those demands. Thank you all for your passion, time, and efforts- wishing you all a safe and prosperous New Year.